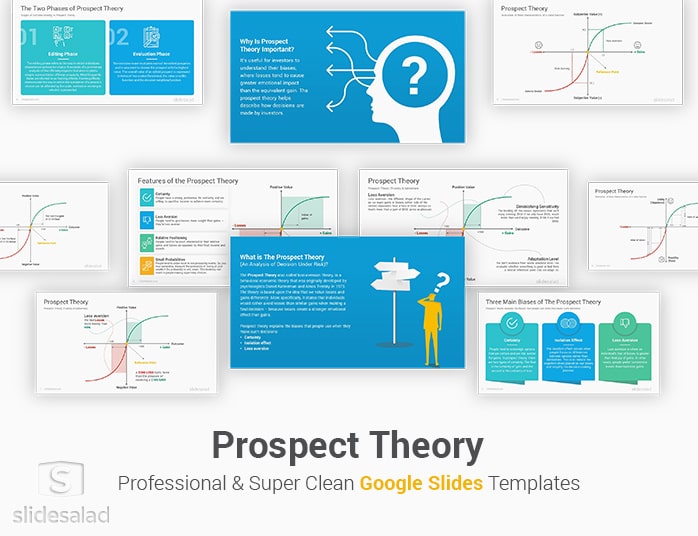 The Best collection of Prospect Theory PowerPoint templates, Diagrams, and Slides to understand the basics of this powerful Decision-Making tool.

What is The Prospect Theory?

The Prospect Theory also called loss-aversion theory, is a behavioral economic theory that was originally developed by psychologists Daniel Kahneman and Amos Tversky in 1979. The theory is based upon the idea that we value losses and gains differently. More specifically, it states that individuals would rather avoid losses than similar gains when making a final decision – because losses create a stronger emotional effect than gains. Prospect theory explains the biases that people use when they make such decisions:

This collection of ready-to-use Google Slides graphic presentations of Prospect Theory for Google Slides contains 11 Creative and fully editable slides with many variations options. You can easily modify color themes, add your texts, resize, and move the shapes and icons of each slide as per your requirement.

There are no reviews yet.

Only logged in customers who have purchased this product may leave a review. 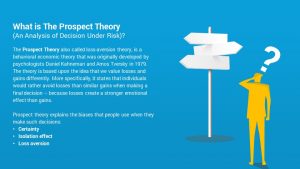 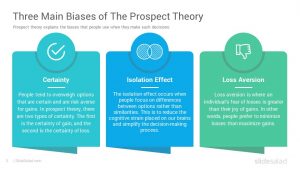 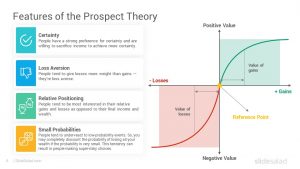 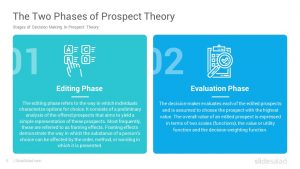 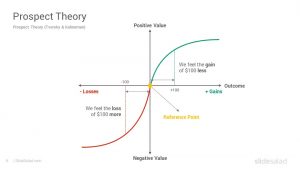 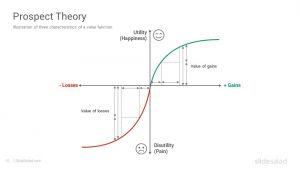 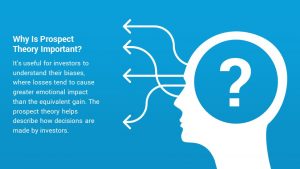 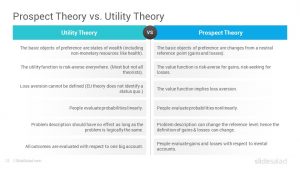 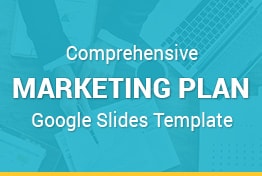 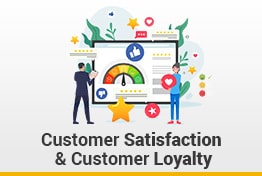 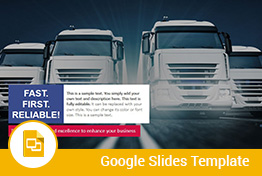 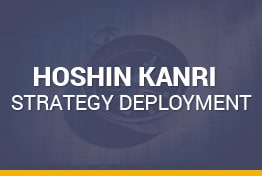